I have been interested in the spiritual side of Black Metal for a while and there seems to be coming out more and more that tries to bring at least some conceptual depth and change to the genre. With the split Nils Sine Deo, both Ars Macabra and Cosmic Ekpyrosis offer some of that spiritual taint.

To give just some explanation of names Ars Macabra means “art of death” and Cosmic Ekpyrosis refers to the periodical destruction of the universe and its subsequent recreation. The title of the album translates to “nothing without God”. So there is at least something that might be a spiritual touch right? I’m talking a darker form of  Paganism here, not Buddhism.

As for the music, that is just as straight forward as they come in the second wave of Black Metal. Not that these bands have been around for that long, but that is what they relate to most. I shouldn’t say that. Ars Macabre released their first demo in 1999 and have two full lengths to their name.

You want to know what the better part of this split is right? Well, I think this is an even match and splits are not a competition, but are rather like-minded coming together. Don’t forge that!
Both bands are pretty close together anyways, so Nil Sine Deo feels like a whole album.

What you need to expect is a serious approach to Black Metal that does what it should do, but without breathtaking qualities. Because that sort of thing is only reserved for a few bands once in so many years.

I have been enjoying both of Lucifer’s shining lights on this split. This will be a  good addition to your Black Metal collection. Mine is all happy now! 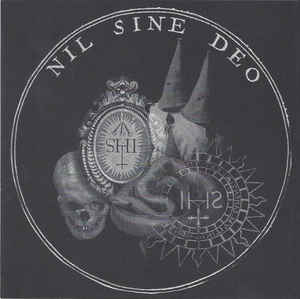