„Depopulation“ is the first album of this very young band, that in its less than 2 years of existence has already toured Europe several time, as well as the US and even Mexico. „I have never seen such a dedicated and passionate audience like in Monterey“, Dubko recalls, „we were treated like metal gods“. The band recorded with Earthship’s Jan Oberg at his Hidden Planet studios in Berlin, and Christian Bass from Heaven Shall Burn behind the drumkit once more. The album’s 16 tracks clock in at just under 30 minutes: „Depopulation“ has everything you want a solid grindcore album to have: gnarly riffs, super fast blast beat attacks, harsh, feisty vocals and that particular Swedish guitar tone we all love so much. 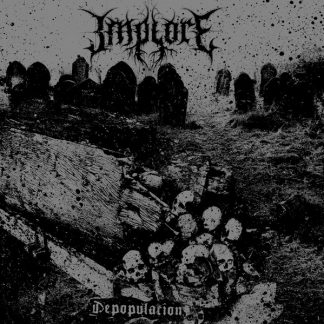