The album presents itself as an Occult Black Metal seance, assembled of hypnotizing riffs and ritual chants, with violent percussion framing it. Hymns to Abraxas. A stylistically unique offering, which evolved from FUNERAL GOAT, yet turned into something much more refined. Featuring ex-members of SAURON (from the ashes of which FUNERAL GOAT originally awakened) and members of VERBUM VERUS, PLANET AIDS and ABYSMAL DARKENING. Featuring artwork by Ubertragic Art, this masterpiece was mastered by the renowned Greg Chandler of ESOTERIC and LYCHGATE fame, who also produced albums for such bands as CRUCIAMENTUM, GRAVE MIASMA and MACABRE OMEN. 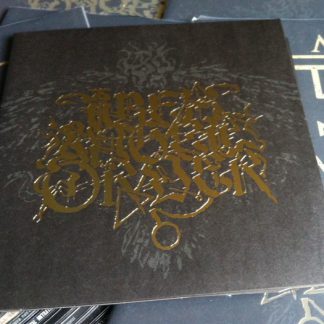