Dirty and rotten traditional pagan black metal with old school attitude. At times reminding of old wave of Norwegian black metal such as Enslaved ans Carpathian Forest, which is not strange since the tracks on this anthology CD have originally been written at the mid and end of the 90s. Like a lot of the classic 90s releases, the material here is melodic but still extreme. This CD consists of the 1999 “Triomftocht voor de glorie van Wodan” demo in its 2014 re-recorded version and show how the band has grown over the years. Also included are five unreleased tracks recorded between 2000 and 2007, and the original 1999 demo. Limited CD pressing of only 300 copies! 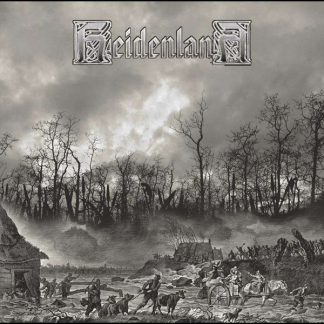