Split CD with two of the ‘finest’ acts from the Dutch underground. Botulistum was formed in 1997 and makes disturbing Peat Metal for the underground of the underground in the Dutch language. After almost ten years since the last recordings, Botulistum comes with exclusive new material for this release. Göll was formed in 2002 and plays raw Black Metal to praise Chaos. After one demo in 2003 and a split CD with Vazal and Galgeras in 2004, Göll now finally comes with brand new recordings. Expect rotten, lo-fi, Satan worshiping Black Metal from both. 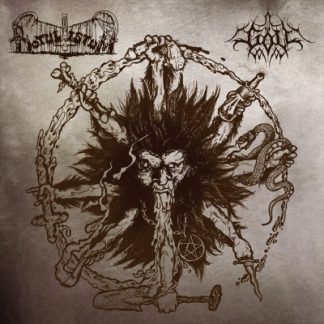