A debut full album in 1997 which was released via 6 years from history of BESATT which has started from 1991. Aggressive Old Polish Primitive Sound expressed by Occultism and Satanism. This is True Polish Satanic Black Metal!!! In Nomine Satanas!!! 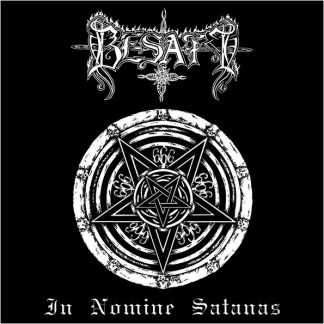